The Next Generation Digital Distribution Platform

with a Revenue Sharing Structure

The video game industry has witnessed exponential growth in the past decade, with revenues topping $100 billion in 2017. Digital distribution of games now plays a significant role in the industry’s growth as it facilitates the delivery of video game content without the use of any physical media like VHS cassettes, CDs, etc. It is becoming increasingly common, with major publishers and retailers paying more attention to digital sales, including Steam, PlayStation Store, Amazon.com, Origin, UPlay, etc.

The emergence of blockchain technology has enabled the creation of The Abyss – the next-generation digital distribution platform offering both gamers and developers various opportunities to increase their income. The Abyss envisions with the integration of blockchain technologies to be able to deliver all types of video games including cryptogames, AAA-titles and free 2 play MMOs.

F2P MMOs will be a key priority for The Abyss after launch. In 2016, the global MMO games market increased by 13%, with the number of active users reaching 879 million. According to forecasts, the audience of MMO games fans will expand rapidly. 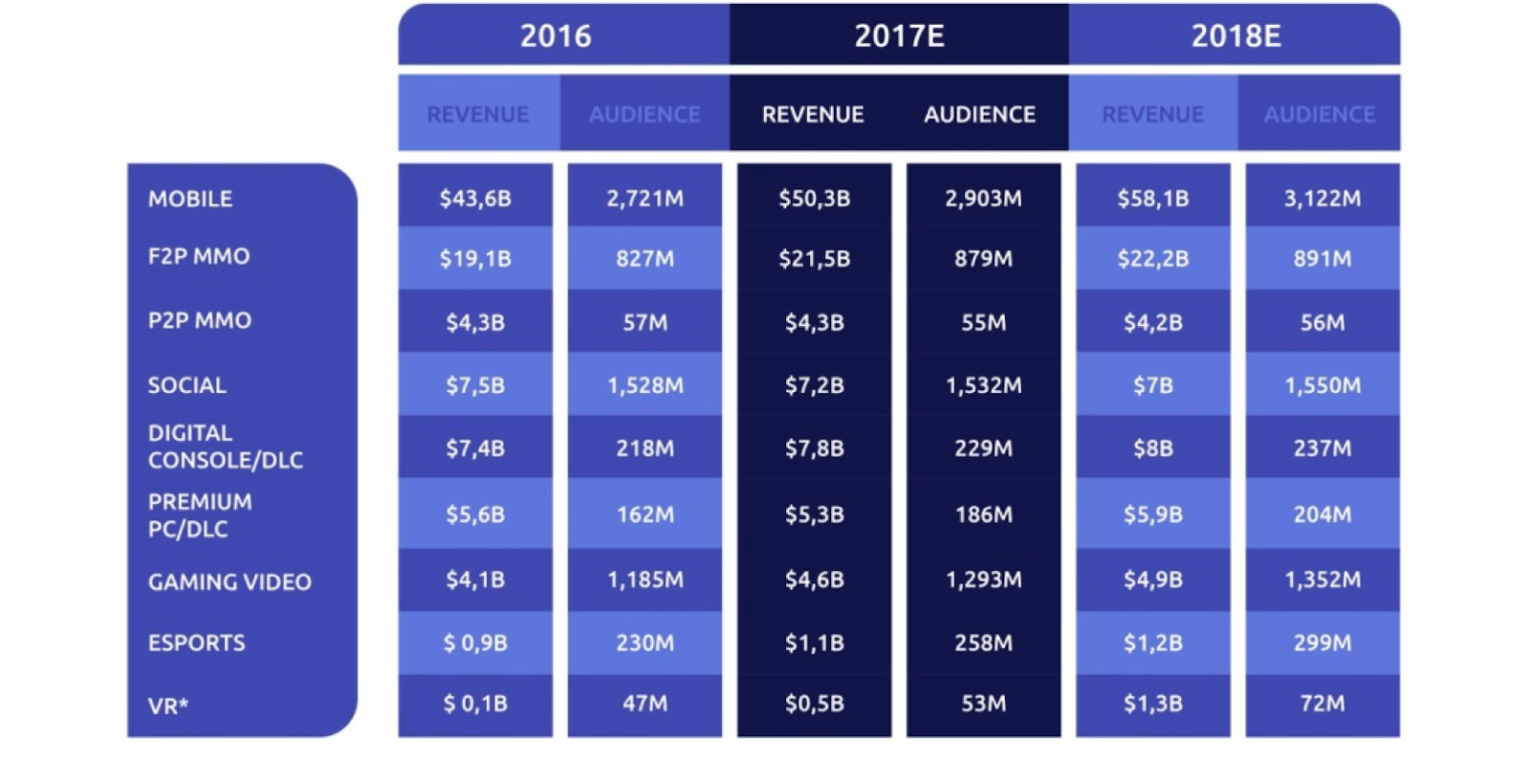 Unlike other platforms (Steam, Origin, GOG, etc.), The Abyss offers a groundbreaking motivational and multilevel referral system, allowing gamers to earn from in-game and social activities, and other gamers’ payments as well. By joining The Abyss, developers will reduce their marketing expenses and receive an extra income from referral payments made in other games on the platform.

The Abyss is a comprehensive ecosystem, consisting of mutually-referenced elements. 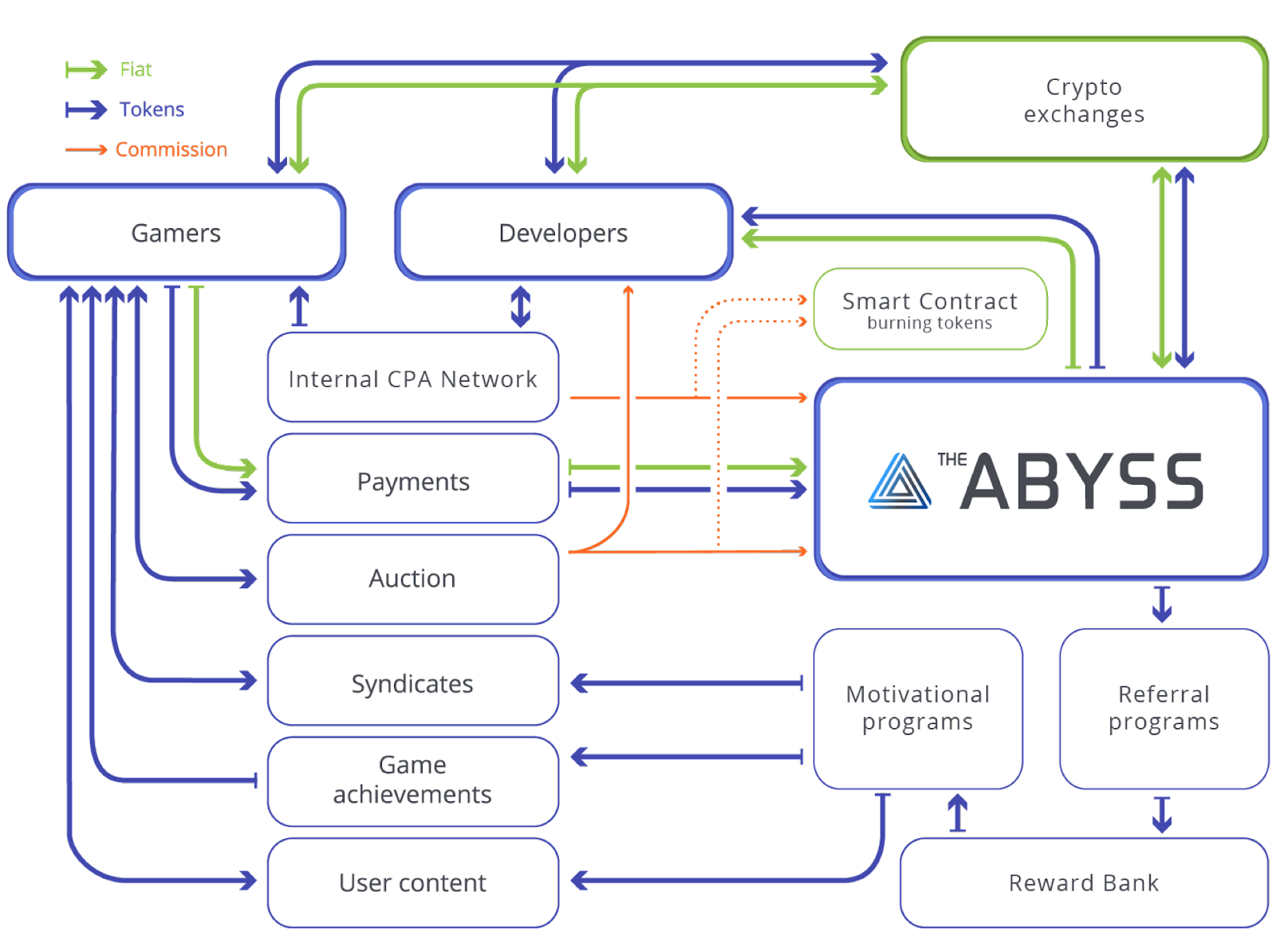 The Abyss seeks to provide a significant number of benefits that regular game distribution platforms do not offer as of today. Among the advantages are:

Referral program for gamers and developers

The Abyss utilizes the principle of affiliate marketing: a maximum income is obtained by gamers and developers who are the first to bring in users to the platform. The system is oriented at more effectively inviting and retaining users than any other in the video game industry. The one, who brings the friends in, forms a network of referral payments.

The player receives a percentage from payments made by all platform’s users whom he brought in through a referral link (up to 5 levels deep). The players brought in begin to form their own referral chains. If an invited player comes into the platform on his or her own – that is, not by any kind of referral program – that player becomes the founder of his or her referral chain.

When The Abyss platform receives a payment, 70% goes to the game developer and the platform retains the remaining 30%. 1/3 of its income is distributed to the referral program. Referrer receives 4%, 2%, 2%, 1%, 1% from payments made by his 1-5 level referrals. Like this, gamers and developers receive a share from all referral payments within their referral network, and consequently, are encouraged to invite more friends to the platform. 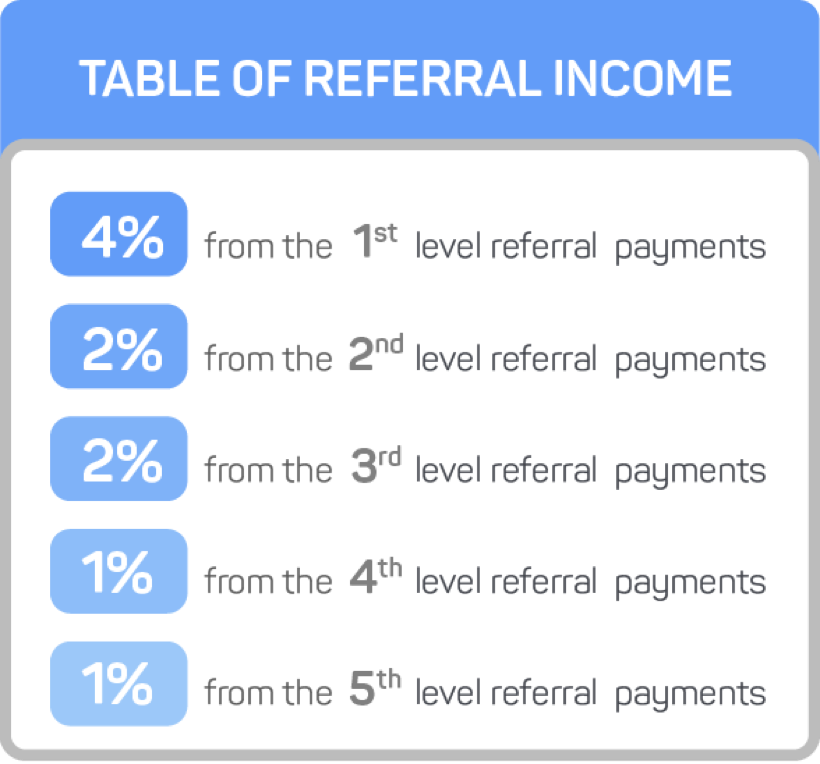 The Abyss referral program has a legal memorandum and opinion concluding that it constitutes lawful under the U.S. Federal Law: http://theabyss.link/ref-legal

Through these programs, The Abyss offers a group of rewards for individual game achievements, as well as a monetization for the content (reviews, streams, videos, fan art, etc.) a user would generate, and finally, rewarding prices for accomplishing tasks a developer would assign.

Internal CPA Network is the system for managing and exchanging traffic for the developers. Developers can sell useless traffic to other games that can make use of it. By doing this, they can compensate the expenses for its purchase.

Auction of in-game items allows to sell collected in-game items to other gamers and buy items sold by other players. The auction is not bound to games. With the permission of the developer, users can sell any item they wish.

It is going to be a united game activity, allowing to gain additional joint income.

The Abyss will accept payments both in platform-specific ABYSS tokens, configured under the ERC-20 protocol on Ethereum blockchain, and fiat money. Users are offered a discount for game purchases when using ABYSS tokens.

Subsequently, auction, motivational and referral programs, Syndicates and Internal CPA Network rely on ABYSS tokens only. Furthermore, 1/3 of the platform’s commission from the Internal CPA network and the auction transactions is burnt by smart contract.

Moreover, The Abyss has recently released the MS Windows version of a prototype which covers some of the functionalities of The Abyss digital distribution platform. The same way, company is continuingly working on the development of brand-new features and further improvements actively. It is already available for download at the official landing page.

The project is adopting the DAICO concept

The Abyss is looking to become the world’s first project to test Vitalik Buterin’s “DAICO” concept. DAICO is an innovative fundraising model that merges benefits of Decentralized Autonomous Organizations (DAOs) and traditional ICO. By design, DAICO aims at upgrading and making the initial ICO concept more transparent and secure.

It provides more control for the token holders, giving them refunding options in case of disagreement with the project progress, which completely mitigates the possibilities of scam ICOs.

The Abyss application of DAICO

The Abyss will apply the DAICO fundraising model on a token sale starting from April 16, 2018, at 14:00 UTC. The project is aiming to distinguish from numerous industry ICOs, by adding a voting system, which will be 100% controlled by the DAICO smart contract. It is through a voting system that the team will be able to raise its monthly budget (the tap) needed for supporting the platform development and other project purposes. More information related to the DAICO smart contract and voting system can be found here.

Regarding what The Abyss plans to do with the funds collected on the Token Sale, a distribution has been made establishing two different use of proceeds for different caps.

The use of proceeds for Soft Cap and Hard Cap, as well as tokens distribution structure are displayed below:

The Abyss will conduct Token Sale (DAICO) from April 16 to May 16, 2018. During crowdsale the company will accept ETH and BNB tokens. Other details include:

Maximum token Circulation Supply during the first 6 months will be 426M.

All unsold tokens will be burnt by Smart Contract.

The company has set a course for ETH and BNB tokens. The price is fixed and will remain unchanged till the end of a crowdsale:

BNB Tokens are acceptable from the international (non U.S.) participants only. Minimum contribution is 1000 BNB tokens.

The Abyss will run an effective bonus program, with bonuses provided to contributors as follows:4

The Abyss digital distribution platform is being developed by Destiny.Games, a leading video game developer and publisher with a significant expertise in game projects launching and operation, as well as own MMO projects development. Also we localize and release browser and client games by other developers, AAA-class client games as well. 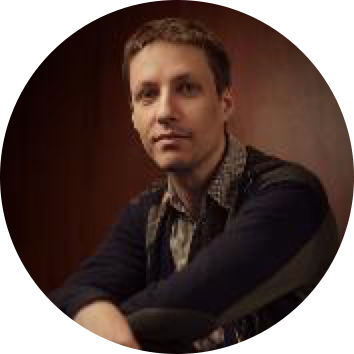 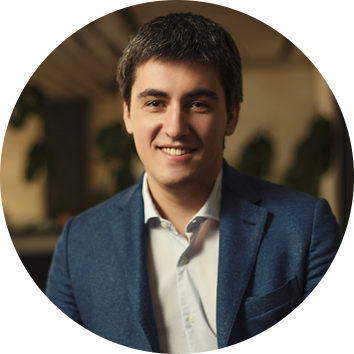 PRESIDENT  12+ years in the game industry, with significant experience in project development and management. At Destiny.Games, he worked his way up from a web project administrator to president. 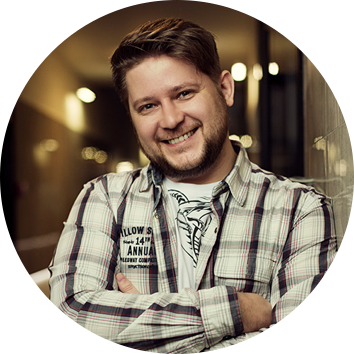 An executive producer, a leading game designer, and a scriptwriter with 14+ years of experience in the game industry. The author of Botva Online F2P game. He has worked at Destiny.Games since 2008, when the company was founded. 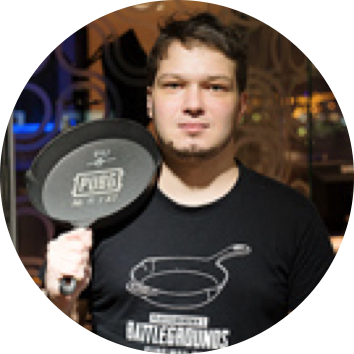 8+ years of experience in marketing field, and 2+ years in the game industry. Prior to joining Destiny.Games, Evgeny worked for the Russian IT giant, Mail.ru Group, contributing to the launch of Revelation, PUBG, Eternal and other projects. 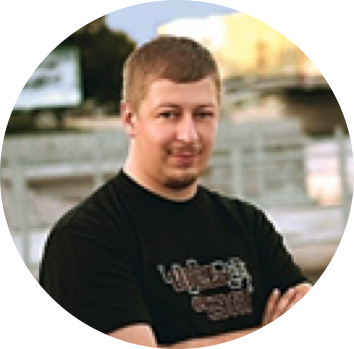 20 years of experience in creating scalable and highly available IT services. Expert in Web projects development. Agile and scrum coach. Prior to joining The Abyss team in 2018, worked at Social Discovery Ventures and Acronis Inc. 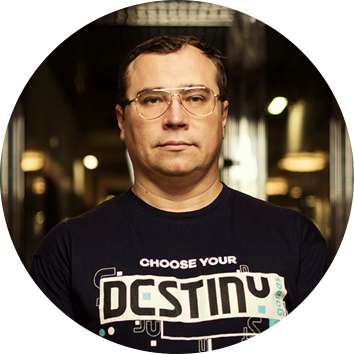 A programmer since 1987 and a Unix system administrator since 1993. He has 17+ years of experience with high-load projects and 14 years as a Chief Technical Officer in the game development industry. 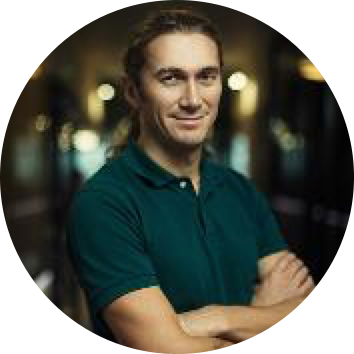 10+ years of experience developing high-load systems for the game industry. Albert joined Destiny.Games in 2011. He has been head of the development department for three years.Previously, he worked for Mail.ru and RBC. 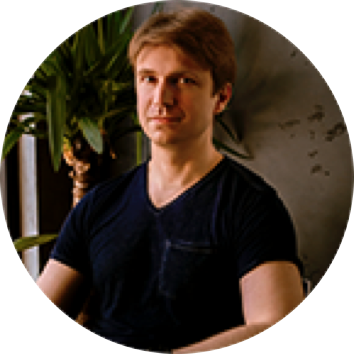 Sergey has a Master of Science degree in Applied Mathematics and Physics (MIPT). He is the author of several patents and numerous publications related to novel hardware and scientific computing. For the last 10 years Sergey specialises in designing and developing scalable B2B and B2C IT solutions. 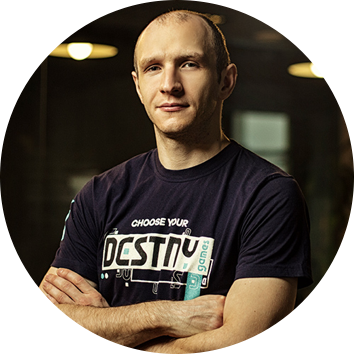 14+ years of experience in software development. He specializes in the back-end development of full-cycle projects. Alexey has rich experience with managing development teams, organizing processes, and building projects from scratch. 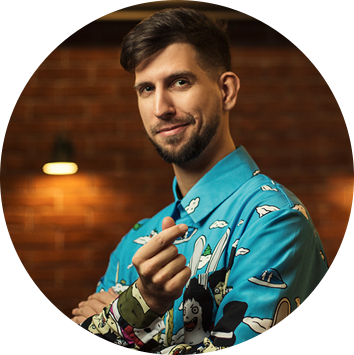 A designer and gamer with 15 years of experience, technical education, and structural thinking. As a member of ZUK CLUB, he participated in their street art projects. 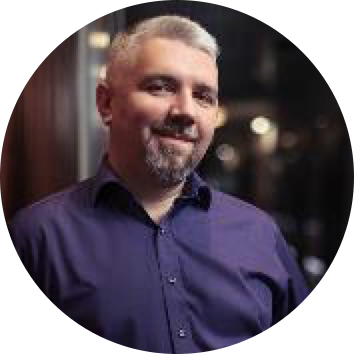 14 years of experience securing and maintaining the operation of game servers.Anton joined Destiny.Games in 2010. 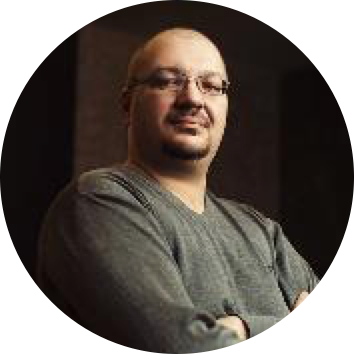 Evgeniy worked in HoReCa during 10 years and has made his way up from an operations staff to top manager. Since 2014, Evgeniy heads the customer service team at Destiny.Games.